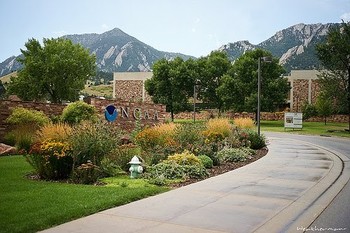 The mission of the National Oceanic and Atmospheric Administration’s (NOAA) Global Monitoring Division (GMD) is to acquire, evaluate and make publicly available accurate long-term records of atmospheric gases, aerosol particles, clouds, and surface radiation. They must provide these records in a manner that allows the causes and consequences of change to be understood.

Based in Boulder, Colorado, NOAA’s GMD consists of five research groups–Carbon Cycle and Greenhouse Gases (CCGG), Halocarbons and other Atmospheric Trace Species, Ozone and Water Vapor, Aerosols, and Global Radiation. Each research group operates its own observing systems for in situ data, which are compared with GMD’s four baseline observatories.

Measurements from each group are made at multiple locations around the world, including GMD baseline sites, collaborator sites, shipboard, tower and aircraft measurements. They also work on collaborative shorter-term projects with researchers from other institutions. Recently, the GMD-CCGG group installed a Sentinel system to monitor temperature, smoke, power status (A/C line or battery), and power usage (kWh). The system monitors a remote test site in collaboration with research conducted through a grant at the University of Colorado, Boulder.

Phil Handley is a research associate in the CCGG group working on a grant with research scientist Gabrielle Petron. Handley is in charge of ensuring that the measurement instruments and equipment are configured and functioning properly. His latest project is operating a mobile measurement unit. This unit is a full-sized Chevy van that is loaded with instruments that measure air properties such as carbon dioxide, carbon monoxide, methane, and ozone concentration. Other sensor suites can be added depending on the mission.

In previous data collecting missions, Petron’s team members drove the van through various locations to gather area coverage throughout one or more counties. The most recent campaigns require the van to remain unattended at a stationary location to gather information over time at a single site.

"Because we are parking the van unattended on someone's property for several months for our current campaigns, we need a way to monitor it for fire, the status of the electrical supply, the temperature inside and outside the van, and amount of electricity used," Handley explained.

Based on a colleague's recommendation, he chose a Sensaphone Sentinel monitoring system with a cellular modem. This system is an excellent choice because the van is deployed in rural areas that don't have a have a readily available data connection. Also, because it's parked on a volunteer's property, they didn't want to burden the property owner by asking to use their internet connection.

The Sentinel device was mounted inside the van to protect it from the elements. The primary reason Handley wanted to use the Sentinel system was to detect smoke. In the unlikely event that any of the equipment should catch fire, this would allow the team to notify emergency services and the property owner. However, he has discovered a number of additional important uses for the system since its initial installation. Recently he installed an air conditioning system in the van to help keep the equipment cool during the summer months.

"The previous campaign occurred during the winter in Colorado, so we simply used outside air to cool the van. For our summer deployment, air conditioning is a requirement. We have doubled the amount of AC power we are drawing from our volunteer’s home from one 15-amp circuit to two, and we have found that the air conditioning unit has been tripping one of the circuit breakers periodically. The smoke alarm is critical for both protecting our equipment and our volunteer’s property," Handley said.

The GMD team also installed resistance temperature detector (RTD) sensors inside and outside of the van to be certain that the environment isn't getting too hot for the equipment. If the air conditioner can't keep up with the heat, the system alarm will notify them when the temperature goes outside of the preset range. The outside temperature sensor is set at 30 °C and the inside sensor is set at 35 °C. Handley also has plans to install a third RTD sensor in the air conditioner’s cool air stream to monitor its performance.

Handley designed a simple sensor that uses the Sentinel’s dry contact circuit. This sensor will send an alarm if the van loses A/C line power due to a tripped circuit breaker or other power outage. The alarm gives Handley and his team time to shut down the instruments so they don’t lose data or damage instruments. Handley plans to add a second A/C line power sensor to the air conditioner circuit. That's because the temperature sensors alone don’t provide enough information to indicate if the air conditioner is on but unable to keep up with the heat, or if it's off completely due to a power outage or tripped circuit breaker.

"We have batteries and a DC-to-AC inverter on the van that automatically provides power to the instruments should the AC line power fail. However, the battery backup only provides about 15-20 minutes of run time. It isn’t long enough for us to drive to the site, but it gives us time to log in remotely and gracefully power down the instruments. We can also try to contact the property owner and ask him to check if a breaker tripped and to turn it back on," Handley noted.

Because the team will reimburse the property owner for the electricity used, they installed a meter to measure the power usage that has a pulse output. The Sentinel monitors and records the pulse data. To keep track of everything, they download temperature data and the kilowatt-hour logs via the Sentinel website.

"We get temperature alarms regularly and AC power failure alarms on occasion. Using the information provided by the Sentinel, we know when to remotely log in to the computer in the van and check the status of the air measurement equipment. For example, we can look at the temperature trends inside and outside the van, which allows us to make a determination about either shutting down the equipment if it looks like it will get hotter, or riding it out if it looks like we are at or past the hottest part of the day," Handley said.

The Sentinel system provides an added layer of protection for the GMD’s remote research site. They get peace of mind knowing that they will be alerted if there is a fire or if there is an issue with power or temperature. They also get data logs of power usage needed to reimburse the property owner.